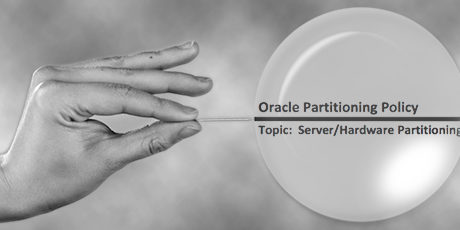 In 2015, Mars sued Oracle about – amongst others – the virtualization issue which was settled under NDA. We commented that any formal legal verdict about such case is very unlikely, primarily because Oracle will always at all times avoid risking case law.

Today, License Consulting is closely involved in a new and unique casuistry where an Oracle client ran into several difficulties with regard to Oracle’s virtualization policies. Subject of the dispute is a standard Oracle Master Agreement dating from early 2015, which is subjected to EU laws. Oracle’s Legal Senior counsel confirmed in writing that by running Oracle on VMware, the cost for Oracle licenses exceeds €300.000. And, Oracle formally confirmed that the cost of running on Oracle VM instead would be 90% less. In both cases, the client would use CPU Affinity (CPU pinning for Oracle VM). Oracle has been formally informed that the client – in addition to the expert opinion from License Consulting – now seeks another opinion from an expert to be assigned by the courts. The clarifications sought go beyond virtualization alone: If awarded in favor of the client, the license requirement would be reduced to a license fee much less than €30.000 – whilst running on VMware! In our view this case will not only be clarifying the casuistry about virtualization, but set precedent far beyond the realms of virtualization and Oracle alone.

In 2015, License Consulting was requested to write a second opinion for this client. As such we are closely involved. Our expert opinion is an essential part of this dispute. If you want to stay informed, signup for our newsletter and you’ll be ensured of a seat in the front row.

Curious on how we operate? Download our service description Deploying Oracle workloads on VMware

Or download the whitepaper: Information sharing during Oracle LMS audits – with special notes for VMware users.